Air Suspension: How Does It Work? 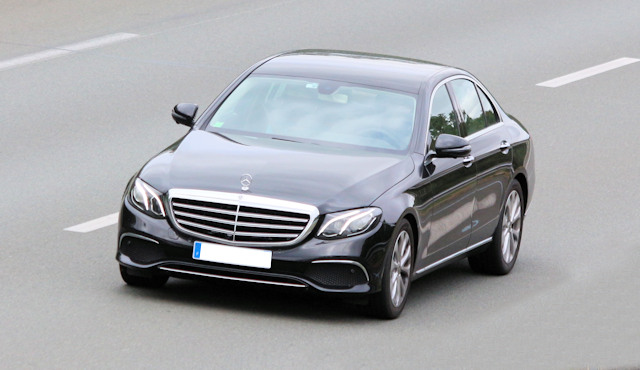 Learn how to diagonse suspension problems

Air suspension consists of replacing the metal springs with air cushions. The car is therefore suspended by means of pressurized air and not by a compressed spring. The system allows the tubes to be inflated to a greater or lesser extent in order to modulate the ride height. We use air because the latter is easily compressible unlike liquids which hardly move (with liquid the suspension would be hard as wood, so we use a gas).
Obviously, air bags are not enough and you need shock absorbers in parallel, as on any conventional suspension. See further for detailed explanations …

Unlike its competitors, the C-Class offers air suspension (the others are just limited to controlling their shock absorbers …). On the other hand, on the GLA, CLA and Class A side, it is a controlled damping and not AirMatic

This device has many advantages, the main ones of which are:

The disadvantage of this system is that it is more complex and expensive than a conventional suspension system. The risk of breakdowns and the cost of manufacture are therefore higher. Time is not in favor of this device made up of rubber elements which age poorly, as well as the humidity in the system which increases aging. In short, it is usual that every 5 years it is necessary to replace at least the compressor which ends up tiring. The air cushions also do not like the duration … On this side, the springs are much more convincing.

Before seeing what happens when the car goes up or down, let’s take a look at the air suspension circuit. I was largely inspired by the Mercedes assembly for its AirMatic (ADS II air system and not ABC which is hydraulic and more recent). There are therefore many other arrangements but the operating principle remains the same, namely suspend the car using air that can be modulated.
At the inlet there is an air filter so that there are no impurities that enter the circuit. A dehydrator (also called a desiccator) is there to remove any moisture from the incoming air, as the latter is very bad for certain elements that make up the system. A faulty dehydrator will need to be replaced quickly if you don’t want to see other items fall out

All the pneumatic springs (without a metal spring, I specify it so that there is no misunderstanding) are connected to an air circuit. The latter is supplied by a compressor which allows gas (air, etc.) to be sent to the suspensions or to a pressurized storage tank. Note that this storage allows the compressor to be spared by allowing it to be used less often (and this saves energy when the car is off: it is better to operate a solenoid valve than a compressor!). When there is not enough pressure in the cylinder (lower than that of the circuit), the compressor turns to “fill” it with air.

Sensors? How does the system perceive things?

For the device to be controlled by a computer, it must be able to know what is happening (sensors) but also to act (solenoid valves, contactors). The computer knows the height of the car thanks to sensors placed on the running gear, which makes it possible to know the space between the axle and the body. There are also temperature sensors because the latter has an influence on the air circuit and the inflatable tubes. Thanks to its sensors, the car knows if it is tilted or if it is low.
Pressure sensors are also placed in different places to know what is happening in each suspension or even to know the pressure in the cylinder or in the circuit.
To act, the electronic system has the hand on solenoid valves (open and close circuits) and on the air compressor.

Here are the classic breakdowns of an air suspension